How to Group NDI® Streams on your Network for Access Management

The NDI®(Network Device Interface) standard is one of the most popular technologies used in IP-based media workflows. NDI® enables the transport of real-time, low-latency video on existing IP networks, creating IP-based production environments with flexible access to video, audio and data.

In typical NDI® deployments, all NDI® streams being sent by an encoder can be discovered and received by any NDI® decoder on the same LAN or WAN. However, there are some application scenarios – for example, when access to some streams should be limited to specific receiving endpoints, or when there are many NDI® streams on the network – where users may need to group NDI® streams and devices to implement business rules or simplify stream management. This article introduces a solution for grouping NDI® streams on a LAN using the free NDI® Access Manager utility along with Magewell Pro Convert encoders and decoders.

NDI® Access Manager – available free for Windows and Mac operating systems at NDI.tv/tools – can be used to manage the visibility and accessibility of NDI® systems and sources on your network. It allows users to organize their NDI® channels into groups; choose which groups are available to the user’s own device; and select which groups can receive NDI® streams they create. This allows users and administrators to easily specify the availability of NDI® channels across their network.

Devices Used in this Example:

Our example workflow is designed to limit access to NDI® streams on the network based on the following criteria:

Our content flow is outlined in the device connection diagram below.

1. Open NDI® Access Manager on Laptop A, and select "Output Groups". You can see that a “Public” group is available by default. Click “OK.” All NDI® streams created and sent by NDI® encoding software on Laptop A (including the NDI® Test Patterns software) are in the Public Group. 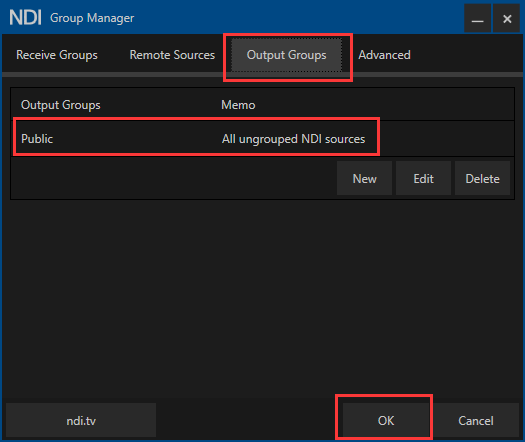 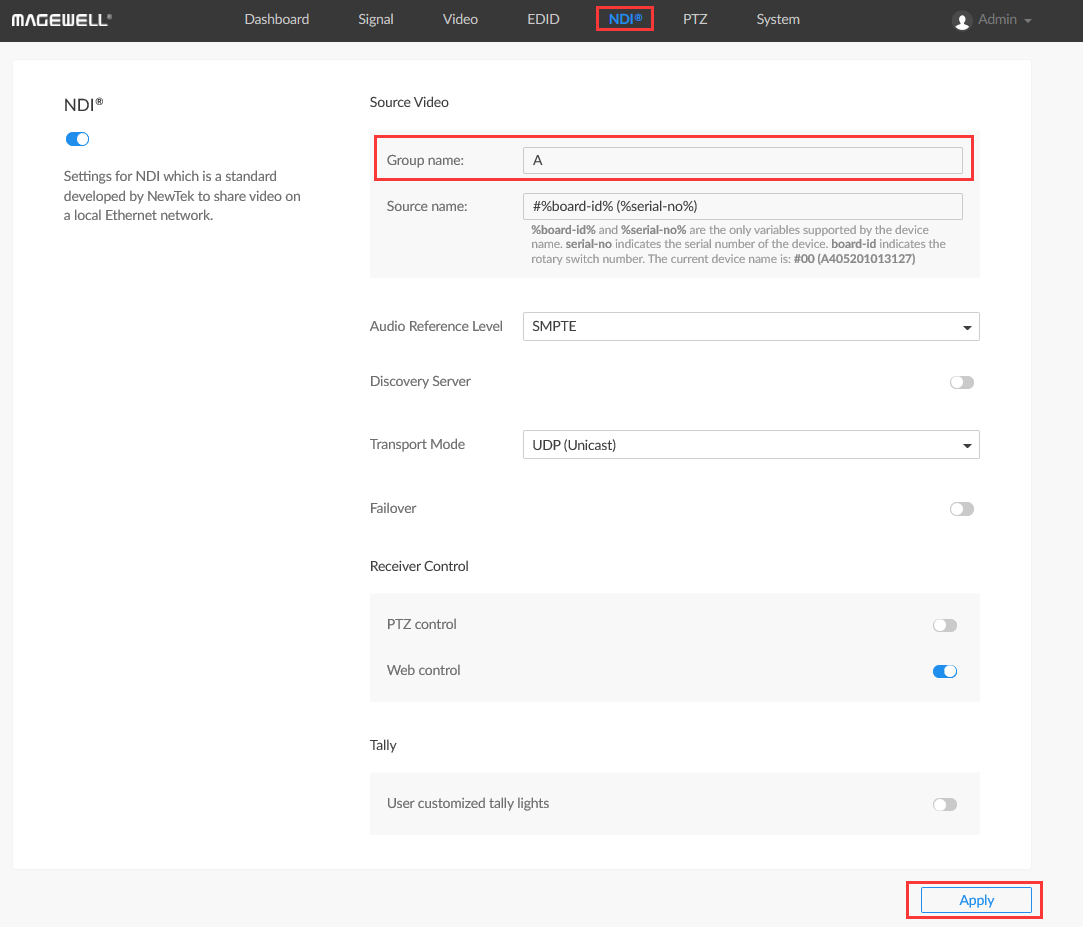 3. Open NDI® Access Manager on Laptop B, and select "Receive Groups." You can see that the “Public” group is available by default. Click “OK.” NDI® decoding software running on this laptop (including Magewell Bridge for NDI®) will only discover and receive NDI® streams that are in the Public Group. 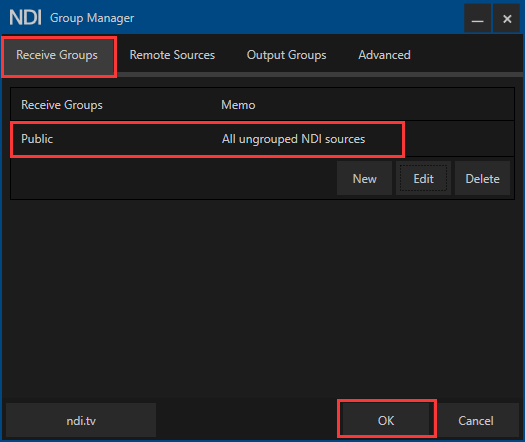 4. Log into the Web GUI of the Pro Convert decoder and click the "Source" tab. Fill in "Public,A" (note the comma between “Public” and “A”) in the Group Name field of the "NDI® Options” section, then click “Apply.” The decoder can now receive NDI® streams from either the Public Group or Group A. 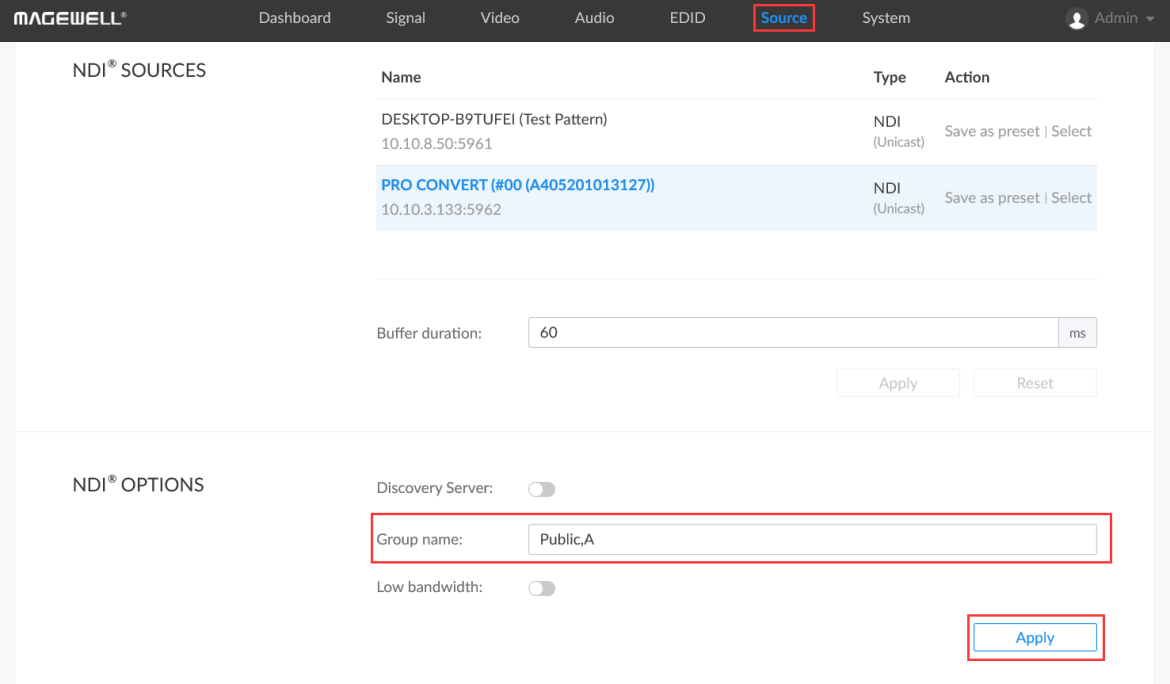 NDI® is a registered trademark of Vizrt Group.